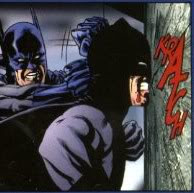 Are ya ready? It's time for another skull-cracking review of a collected sequential art book! I reviewed the first volume a while back, now here's its sequel:

WHAT IT'S ABOUT: Collecting JLA #'s 0, 8-12 and JSA #'s 5-6. Renowned mystery novelist Brad Meltzer continues his revival of the JLA, collaborating with DC darling Geoff Johns. The first five chapters are the Lightning Saga, the next two are stand-alone stories.

WHAT I DIDN'T LIKE: It's always a bad sign when I start off with what I DIDN'T like. Let's start with the Lightning Saga. Each of its chapters introduces a Legionnaire (of the Legion of Superheroes fame), and has some kind of action sequence. We get practically no plot. Sure, we meet a new guy, and the other heroes do stuff, but nothing is compelling. For example, Batman and Geo-Force go to Arkham Asylum to save a Legionnaire, but I had no idea who everybody was, or why it even matters that Legionnaires are popping up in the present. Just that it's weird for them to be popping up (because they're from the future). That's all we ever know for 4 issues. I'm sorry, but that's just not good enough to drive a story! There's an enormous gravity given to the Legion, but nothing is done to support that. Ultimately, you find out that they're in the present to bring back Flash (Wally West) from the dead. That's the last 10 pages of the whole storyarc -- why should I invest 5 issues in reading about a bunch of superheroes who aren't fleshed out attempt to bring back a hero I never read about? I thought this was the Justice League of America? 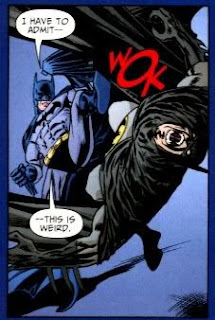 WHAT I LIKED: Aherm. Sorry 'bout that. The only worthwhile story is in JLA #11, titled "Walls." It follows Red Arrow and Vixen, after they've had a building topple on them. The panels and the art will make you feel claustrophobic -- and it's incredibly effective, given the topic. 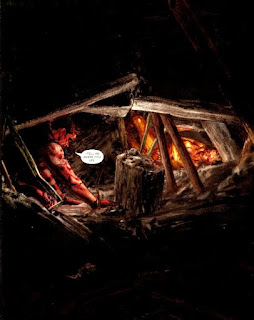 Throughout the pages, we get this great picture of their physical and emotional journey to the surface, and the twist ending blew me away. The entire time, they thought that they had to dig up, but they were positioned upside down, and couldn't tell, because they were so jarred! Words can't describe it; check it out for yourself.

FINAL THOUGHTS: Overall, I had a bad taste after The Lightning Saga, but there were a few nice tidbits. In the first review, I talked about Meltzer getting in time for the individual League-ers, and he continues that here, fleshing out a relationship between Hawkgirl and Red Arrow, and addressing Vixen's insecurities. 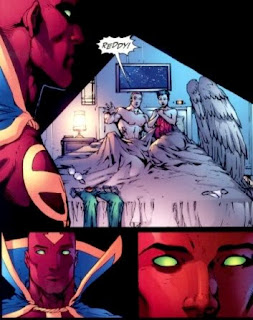 Since I haven't brought up the artists, I'll do it here: the Lightning Saga called for a total of 4 different artists in 5 chapters, which is just a shame. Ed Benes was an unfortunate choice, as he can only draw two body types (man and woman). As a whole, the art was average at best. I don't recommend vol. 2 under any circumstances.