Get out the vote! For those of you who bleed red, white and blue, the day is election day, and the issues are several -- several issues of comics that is! Thanks to early voting in Wisconsin, I have a couple hardcovers to share with you today. Afterwards, find your closest polling location.

Issue 583 is Spidey's record-setting issue with President Obama. It's appended to the end of the trade paperback, so it's not really the main story. That honor belongs to the "Election Day" arc, from Guggenheim, Romita Jr. and Kitzon. It manages to pack a lot into five issues: Spidey gets taken down, arrested, goes to trial and then breaks out of prison. But for all of Spider-Man's troubles, the story revolves around the character of Menace, and the upcoming election for New York senator.

There's a shocking reveal with a character introduced in Brand New Day, and Harry Osborn has to hold back his emotional outbursts. There's some solid drama here that evokes the soap opera established by Stan Lee, but it really only works if you're a fan of Osborn, or are really into the new characters the Brand New Day introduced. Harry mainly carries the stakes in the arc, and the recently-introduced-character is put away for a while. It's a good read when you're bored, but there's very little permanence to the story, and you can't carry much from it.

The real reason the trade sells is the short story from issue 583, starring President Barack Obama and the Chameleon. Poor guy doesn't know a thing about basketball, and it's hilarious. This page is golden: 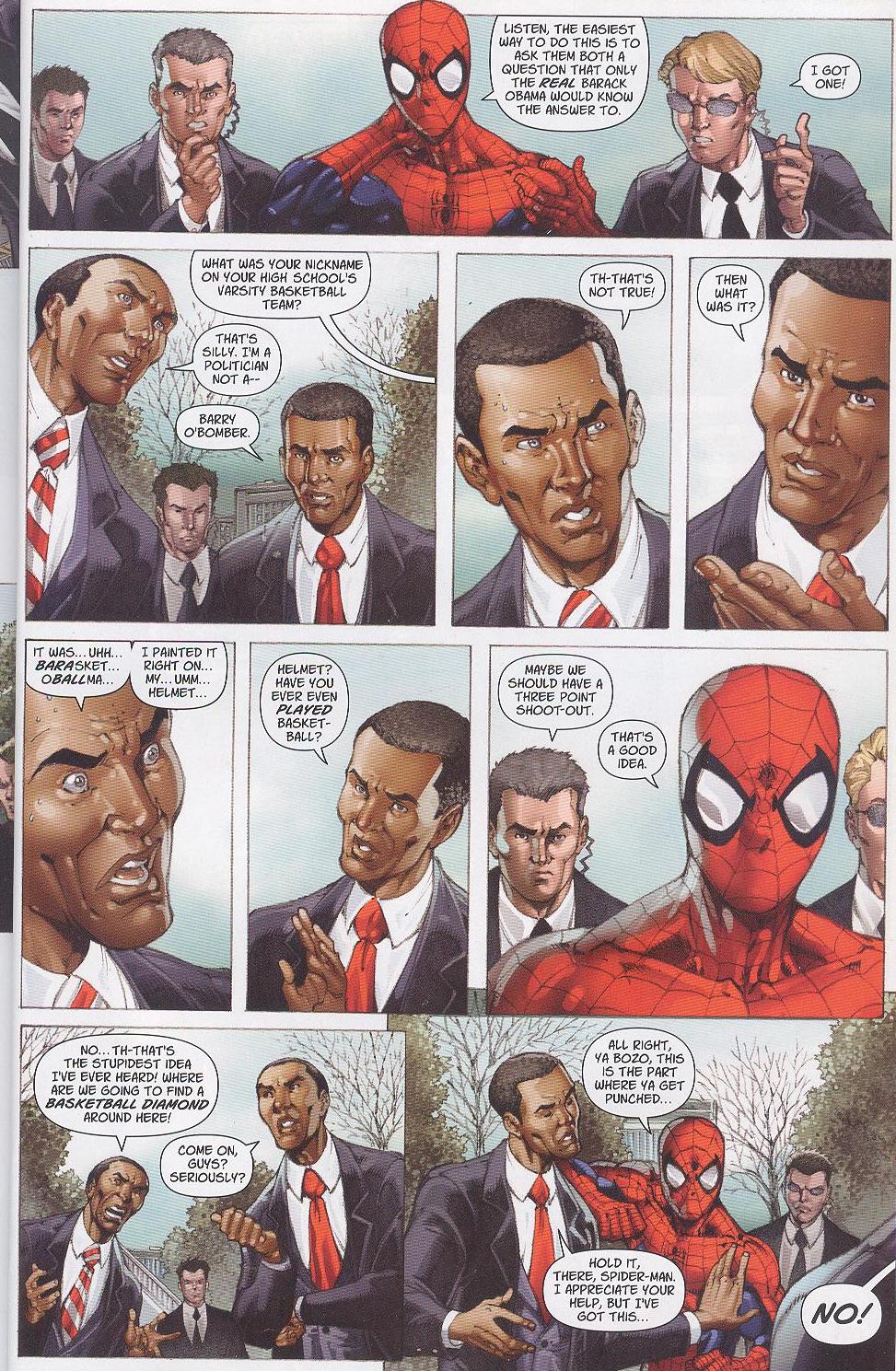 It's a real shame. How did the soviets live without basketball???

There's a lot of material in this hardcover, but I can't really tell if the 17 issues are worth the $49.99 retail price.

James Robinson's Starman is beloved by a lot of DC readers, and it's not hard to see why. It's a legacy comic that went off on its own and had a respectable run for - holy crap - 81 issues.

The 16 issues show Robinson's skill at writing in long-form and both short-form, introducing new story arcs that linger in the middle of an exciting current story arc. Jack Knight, son of the JSA Starman Ted Knight, takes the mantle and strives to live up to his old man. 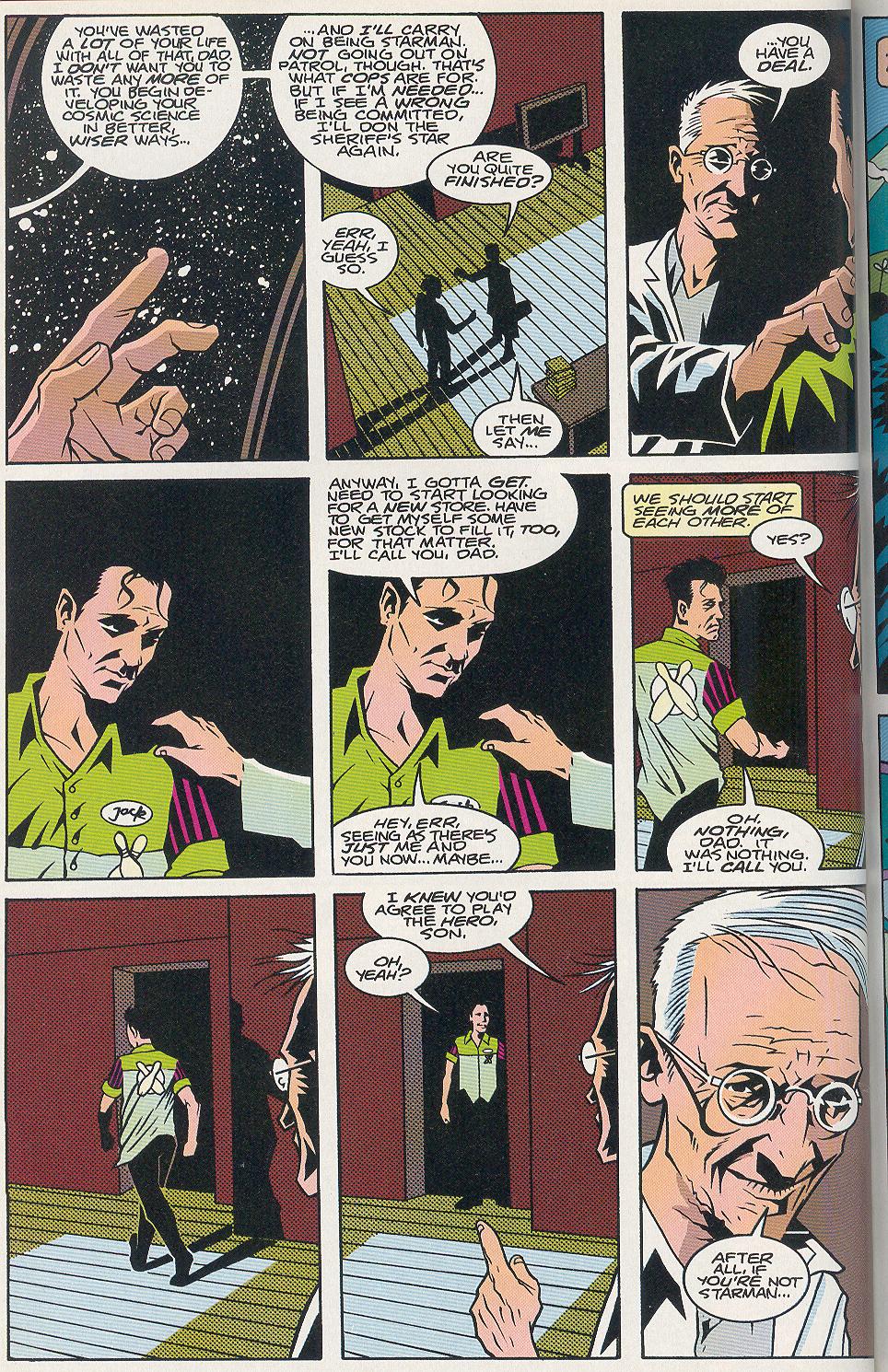 There are a few things in the comic that are refreshing, even for a comic from the 90s. Ted actually has a parent who isn't dead, for one, and their relationship is one of the pillars of the comic book. Another one is its approach on violence: for example, Jack is a collector and owns an antique shop. When a bounter hunter comes to fight for an enchanted shirt that Jack is supposed to have, they agree to end the fight by simply selling the shirt. You hear that America? Comic books are not just about punching. Here's another example: 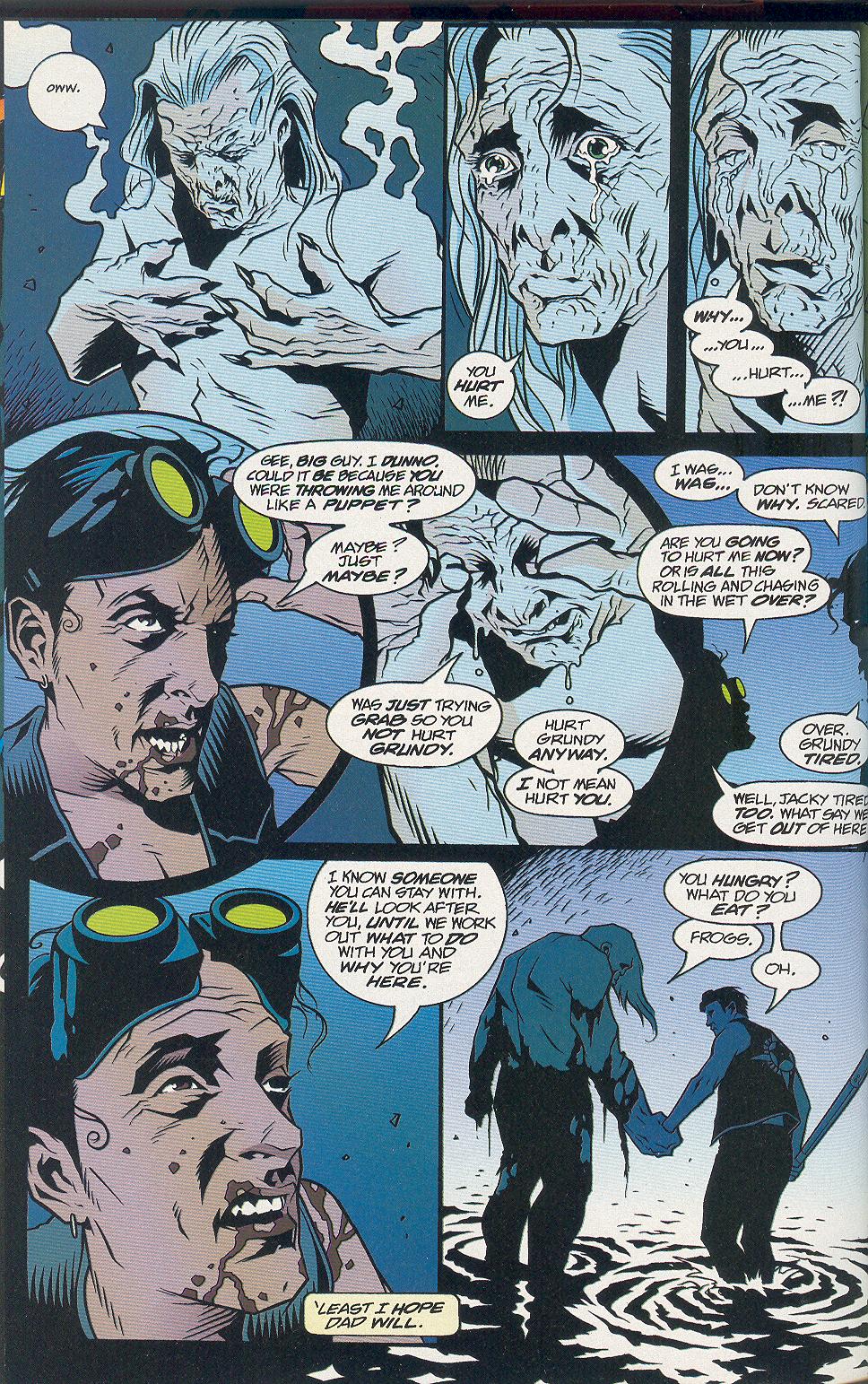 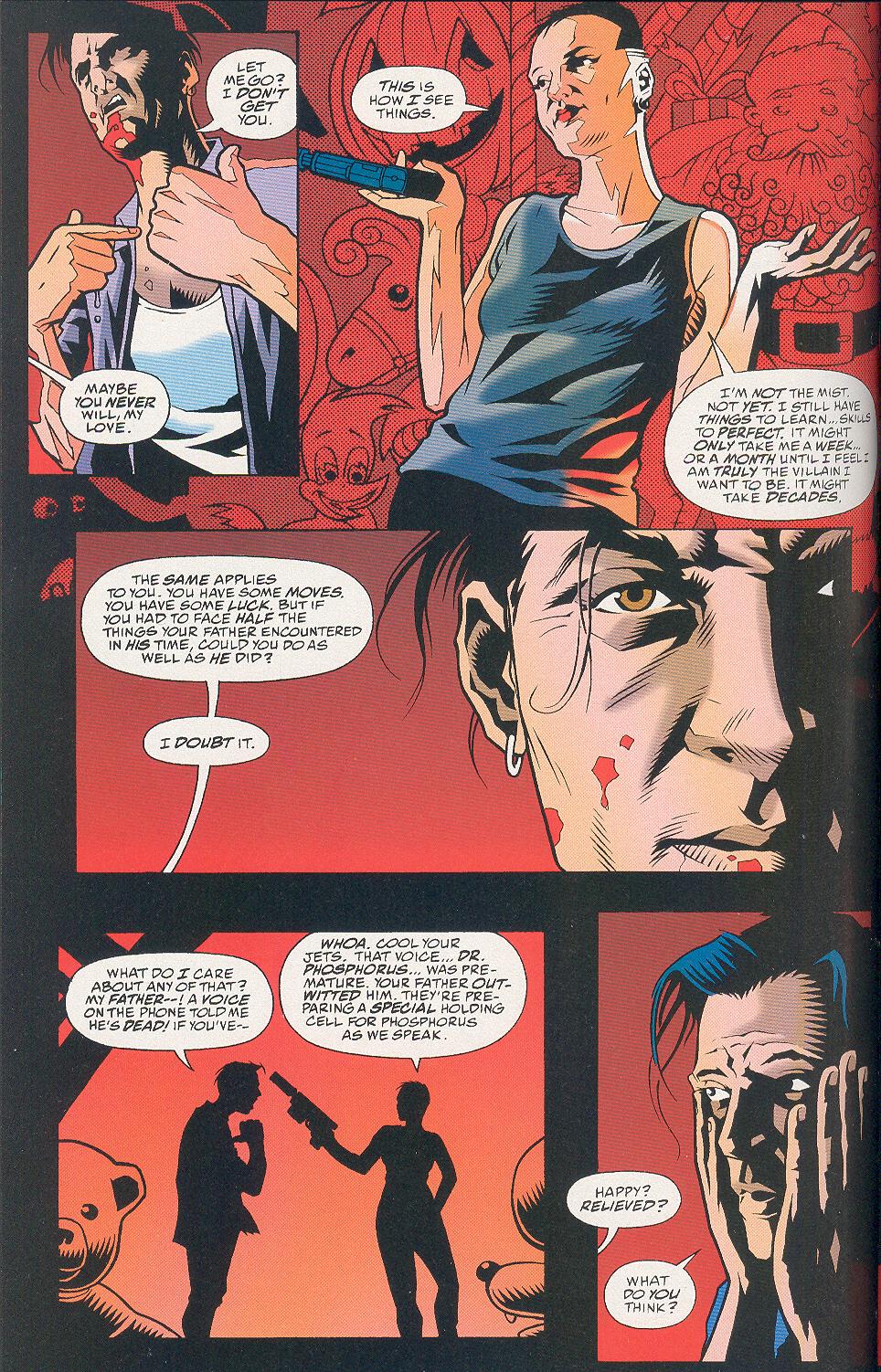 The new Mist, here the daughter of the old Mist, has an opportunity to kill Jack (for killing her brother, among other reasons) and explicitly skips it, because "she's not the Mist yet." That's just silly. It makes me tired that here's a supervillain whose motive for supervillainy is to play a game. Maybe I could like it over time, but we'll see.