"I am Vengeance! I am the Night! I am Batman!": The Appropriation of Batman's Self-Actualization into Memetic Culture

Or: How Can I Write the Most Pretentious Title for this Children's Cartoon!

Before we had those memes with a dog's face on a multi-color background, we had this one line in the comic book community: "I'm Batman."

And so on. Why did this catch on so well? What is about this line that resonates so well with us as readers, fans of the series?

You can easily see from a children's cartoon. All you need is a minute. Here, take a look.

This is so frequently quoted from fandom, but every now and then I see it, and I feel the need to watch the clip again. I grew up with Batman: The Animated Series, like a lot of 90's kids did. I still have a shoebox from when I had Batman shoes. My uncle got me the Mr. Freeze animated movie on VHS when we were kids, and I used to draw Batman as a kid. His face with the pointy ears might still be on the walls of my parent's bedroom.

The point being, I loved Batman as a kid. But I never even knew about this episode until college. It's "Nothing to Fear," in the very first season of the animated series. I'm sure plenty of people have written about it before. But this is my write-up. It's a pretty excellent episode. It introduces Stephen Crane, the Scarecrow, and it's a slow mystery build-up, that leads to Batman discovering how to stop the Scarecrow in true sleuth-ical fashion. It's an emotional gripper, where Batman learns to reject his fears from defining him, where he learns to take charge of his destiny and actualize himself.

Throughout the episode, Batman is subjected to Scarecrow's fear gas. It's shown in the first scene, where Bruce is at a party, that he's a disgrace to his father's name. The playboy billionaire front that he's concocted, has made Gotham's elite wary of him, and shaming him for his lifestyle on behalf of his dead parents. The fear gas from Scarecrow makes it worse. In his first encounter, a bank robbery, Batman is caught with the fear gas, and hallucinates that his father's ghost is ashamed of him. It brings back for him the worst memory that he can possibly have: the retroactive memory that his parents are ashamed of him. That his life is an insult to their death. How could they be proud of a son who parties out every night with a different floozy every time? 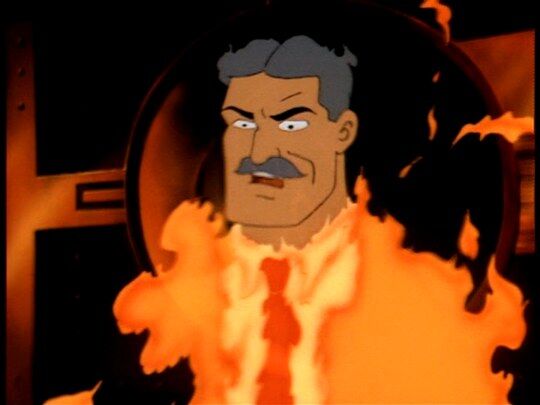 It comes to a head on a blimp in the sky. Batman's on top of the Scarecrow's blimp, hanging on to the tip of the blimp for his dear life. The zoom-in to the ground accents just how high he is. Batman may be Batman, but he's still a man. He could die from a fall of that height! To make matters worse, he's taken a huge whiff of the fear gas. So he hallucinates a gargantuan image of his father, the father turning into a demonic skeleton with glowing red eyes. His worst fear, to dishonor his family, has taken on a grotesque image worthy of its stature. 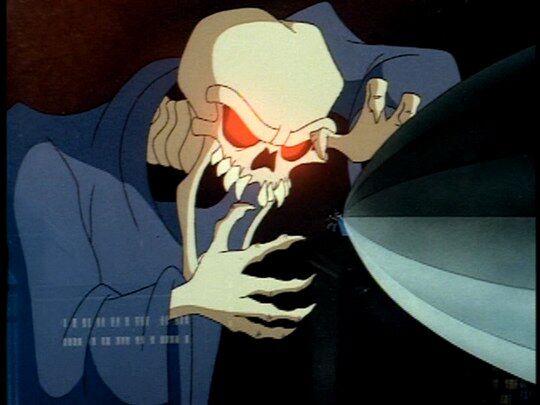 But something different happens. Something changes inside him. Batman tells himself, he's not a disgrace. And he tells it out loud, for the world and for his thoughts to hear. It's the ultimate self-affirmation. He fights for his identity and he tells the world that he is vengeance. He is the night.

It's his refusal to let others define him, his insistence on the creation of his self, that gives him strength. And in so doing, it gives his viewers strength. You are not your worst fear. You get to be the person you want to be. And you can't let anyone else, even yourself, tell you otherwise.

So when you see this line again, wherever you do. . . don't take it as a joke and move on to the next meme. There's meaning behind it. See it for what it is.