Secret Wars was a 12-issue maxiseries conceived by Jim Shooter with Mike Zeck and Bob Layton. It debuted in 1984, and dare I say, it was one of Marvel's first, genu-wine crossover events. It had the X-Men! It had the Avengers! It had Spider-Man, the Hulk and a host of their villains, including the Wrecking Crew, Molecule Man, Doctor Octopus and most prominently, Doctor Doom.

Check out the sweet collage: 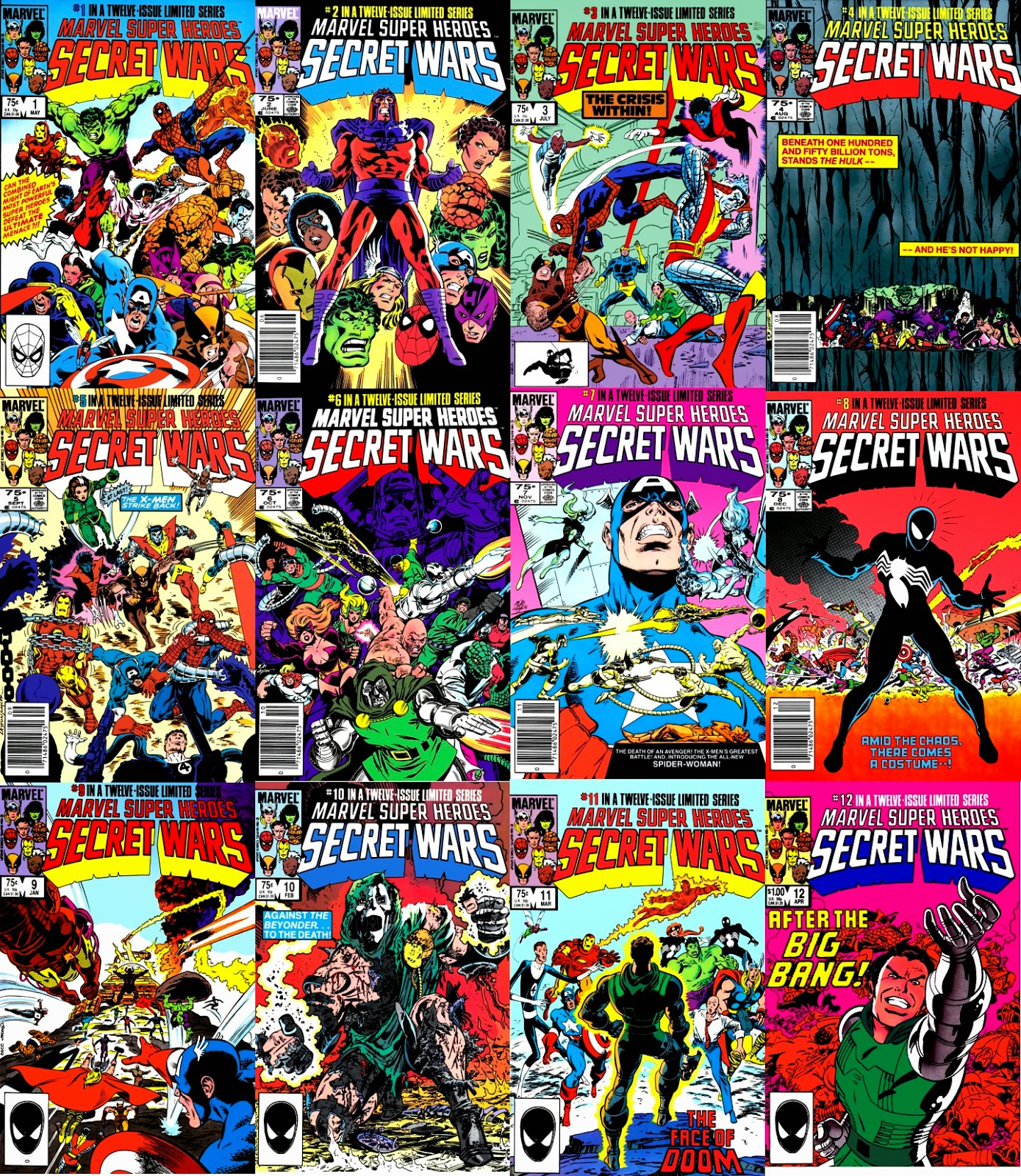 Looking back on it thirty years later and reading through it, I don't think much of it. Indifference is the best summary of my general feeling towards the series. Enchantress sums up my opinion pretty well. 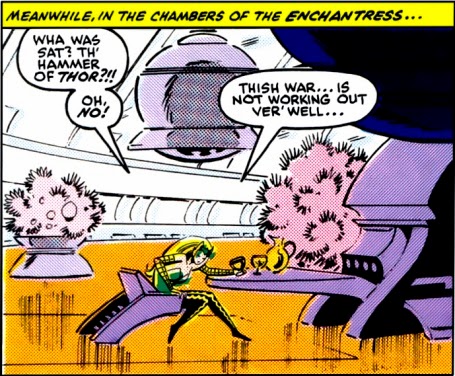 The main plot is that some mysterious, universal and never-revealed force called "The Beyonder" kidnaps Marvel's mightiest heroes and villains and pits them to the death. The Beyonder claims to grant the victors their greatest desire whatever that may be. The designated villains desire your expected things, riches, fame, etc., while the designated heroes just want to go home: 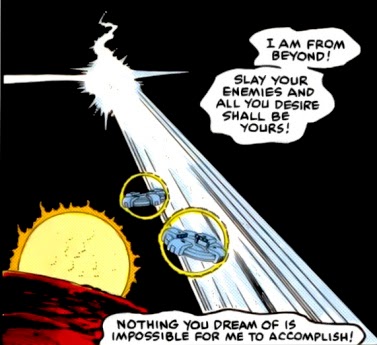 This plot point is repeated several times each issue, and doesn't amount to much of a story. Imagine that you took all your Marvel action figures and banged them up against each other. Now imagine that you put it all in a comic book. No offense to the team, but that's a reasonable approximation of Secret Wars.

Like most modern Marvel events, it wraps up with a bunch of plot points to explore in other titles. She-Hulk replaces Ben Grimm on the Fantastic Four, and Spider-Man gets a sweet new costume: 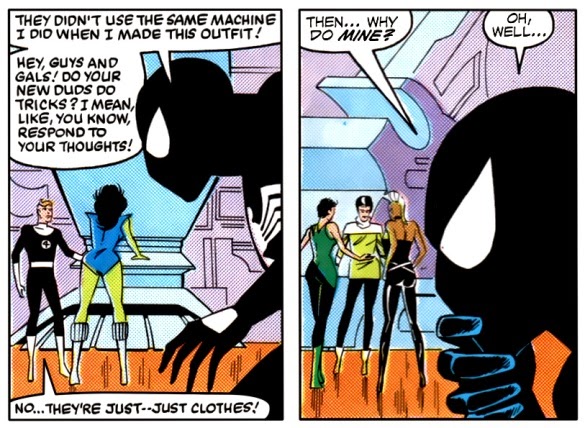 There's not much story explored in these twelve issues, but if anything, it's a showcase for the power that is Doom. . . Doctor Doom! His is an interesting arc where he diverges from both the heroes and the villains, defeats the Beyonder, then sets out to destroy the designated heroes only to fall at the hands of SPOILER. Most of the characters were written off as cameos, but in this series, you learn about Doctor Doom as a character. 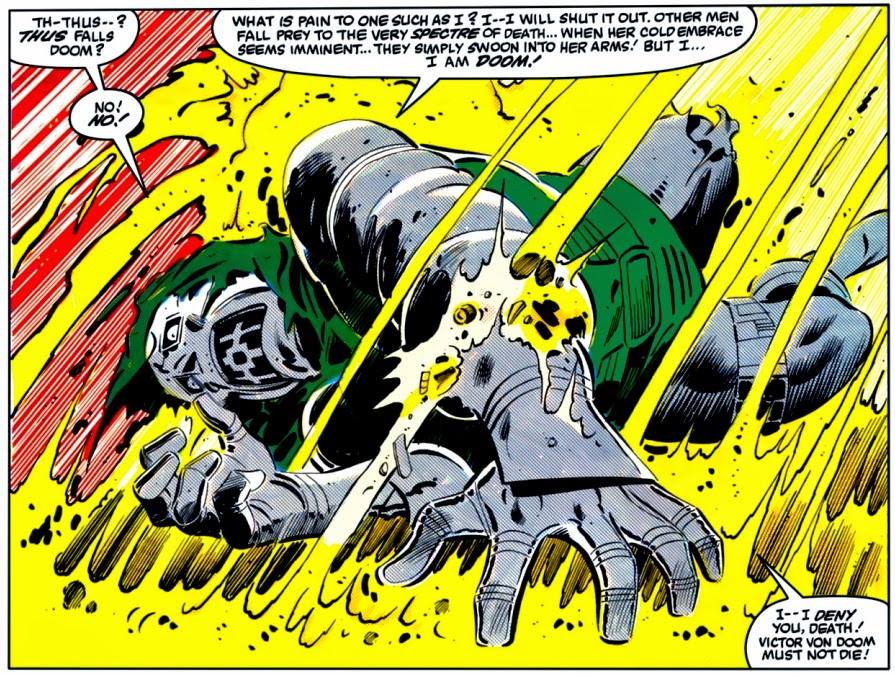 Next: Secret Wars II by Jim Shooter and Al Milgrom.