It took me long enough! Today I read the first of Marvel's indie darlings, the comic that launched a slew of creator-focused, editorial-light titles, Hawkeye.

The first three issues set the scene for Clint Barton as a normal down-to-Earth New Yorker who occasionally has to deal with a criminal Russian landlord, adopting a lucky dog, or a super-criminal heist at a swanky show Uptown. Each of the three issues is a slice of life of Hawkeye when he's not being Hawkeye, and Fraction and Aja tell it with flair. Just look at this sequence when Hawkeye is talking to Kate Bishop, the new Hawkeye! A great visual way to slow down time and expand on the tension of drawing a bow. 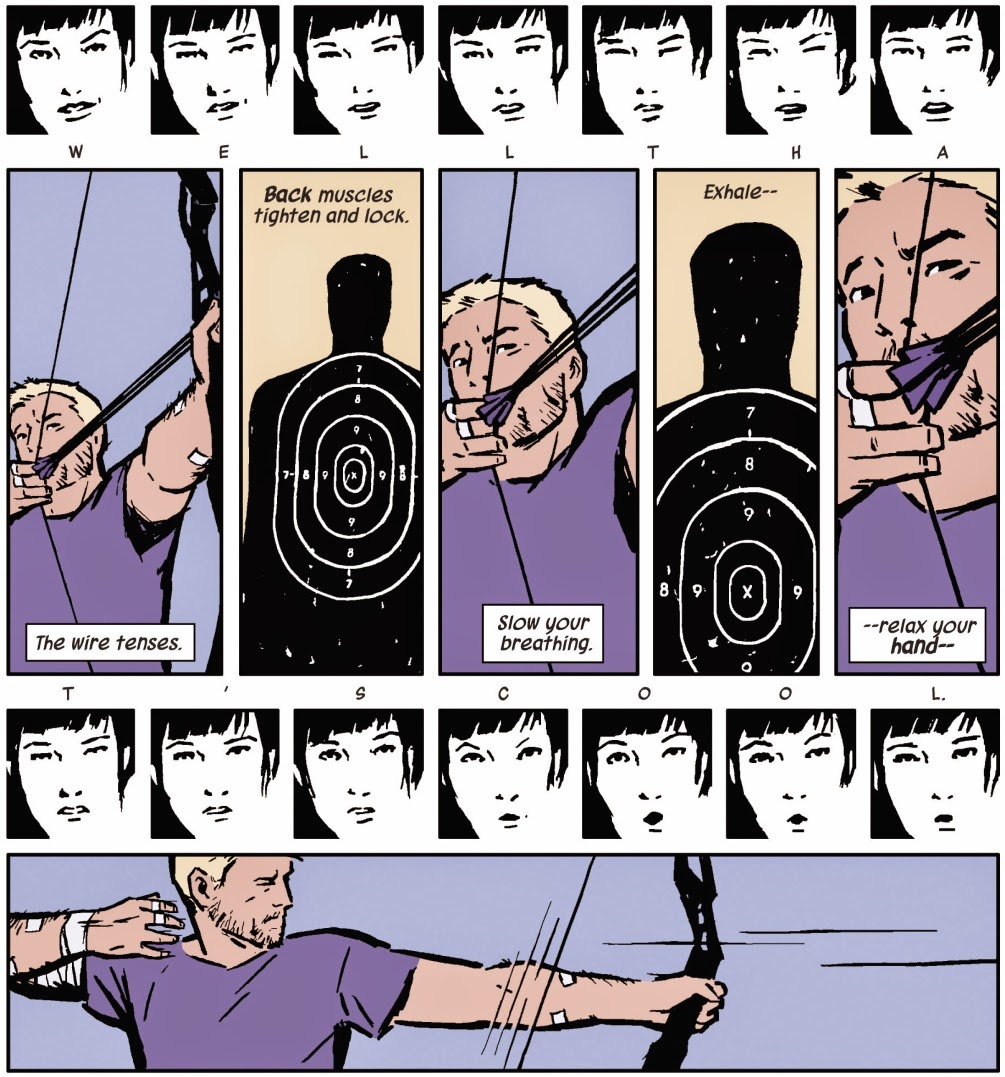 It's the next two issues in the paperback that really impress me. It's a two-parter with Javier Pulido pencilling, and here you can see Fraction's sense of humor blow up! He sends Clint off to Madripoor to recover a tape, incriminating Hawkeye as the assassin of a world leader. He could tell it as a straight spy story, but instead makes it humorous. 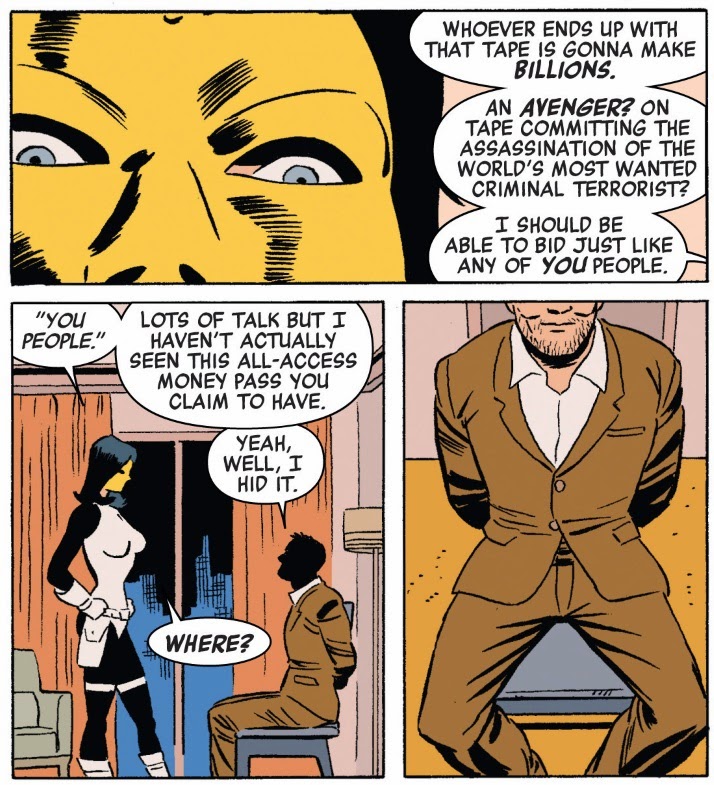 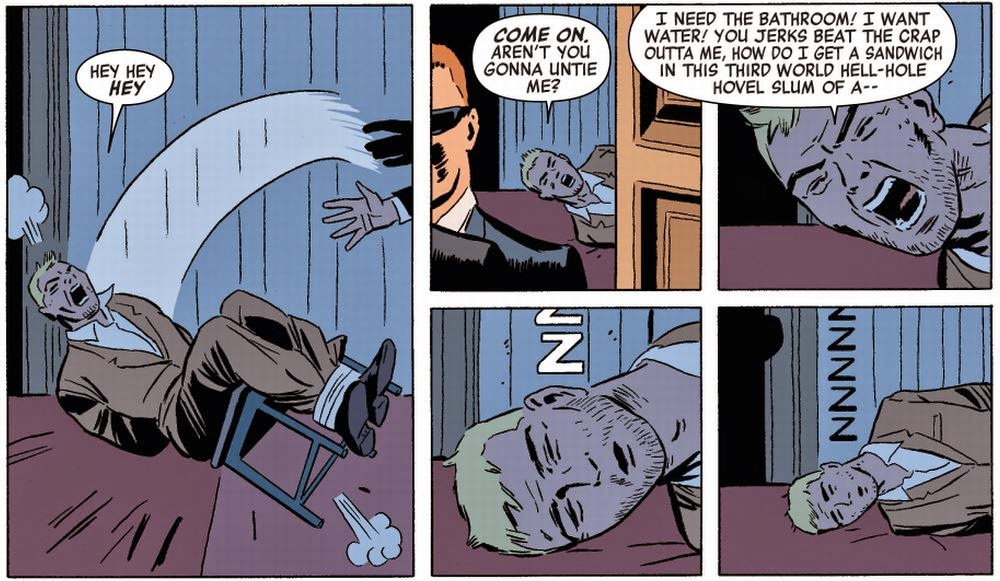 Javier Pulido is such a wonderful visual storyteller. I wish he had an ongoing! Dig this other piece, near the end of the storyarc, when Clint shoots the office of his captors: 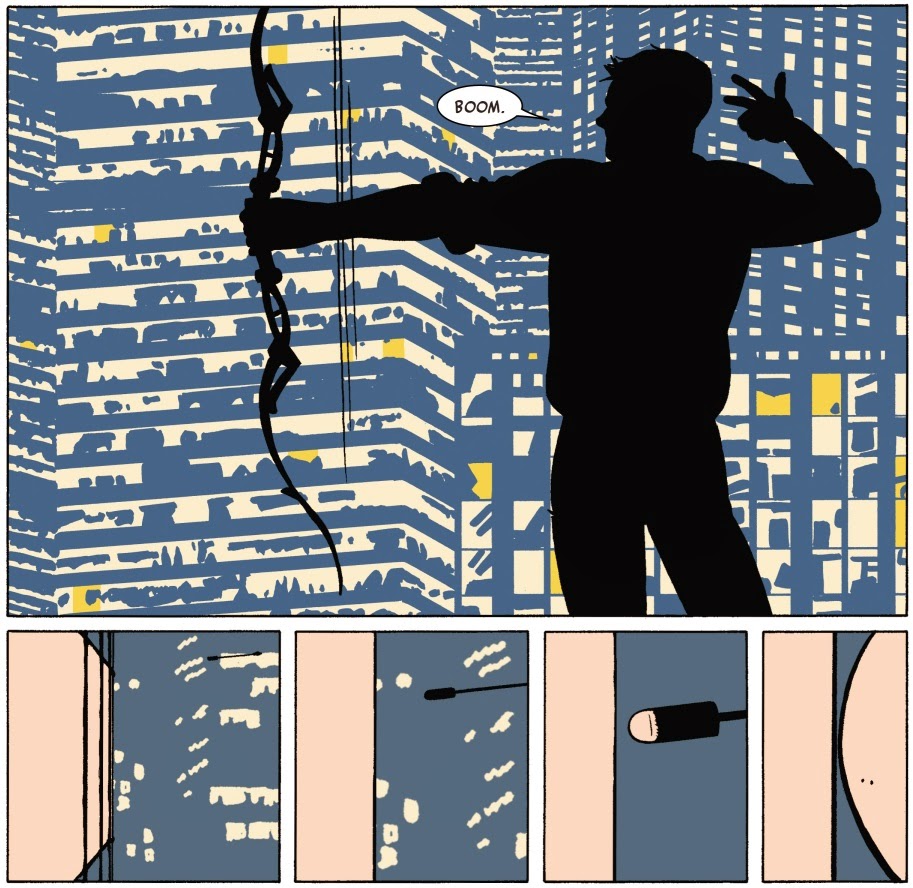 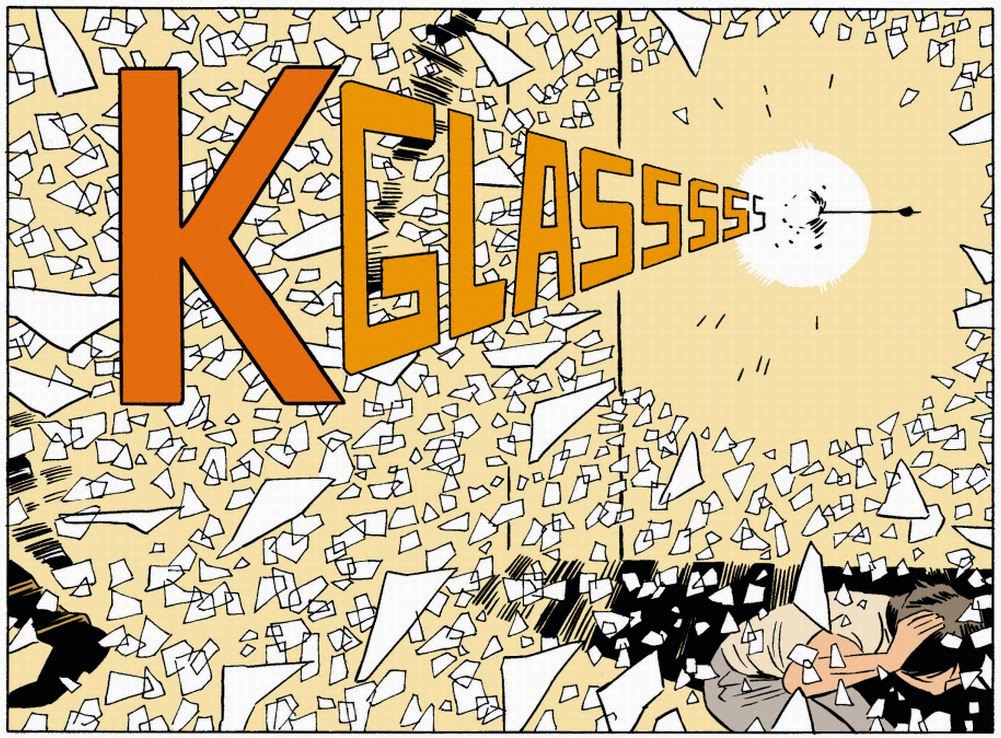 Now, the title is written by Jeff Lemire and it's 3.99. I can't imagine myself paying that much, but always something good to pick up from the library. Because. . . boomerangs. 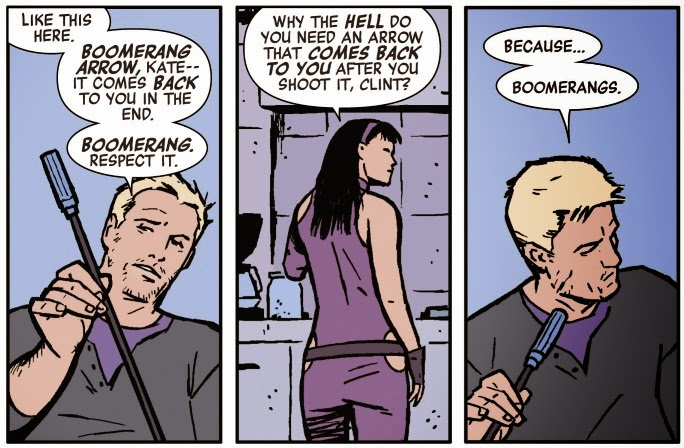