House of M was a miniseries in 2005 that took over the Marvel Universe for 8 or so months. The Scarlet Witch got sick and reshaped reality into a world that was governed by her father, Magneto and his "House of Magnus." It changed the lives of every Marvel superhero and touched or created over 10 different titles.

I had the pleasure of reading through the full series (see the full list: http://www.comicbookherald.com/the-complete-marvel-reading-order-guide/guide-part-4-house-of-m/), and figured I would spend some time talking about them. Today we're looking at the Incredible Hulk tie-in. 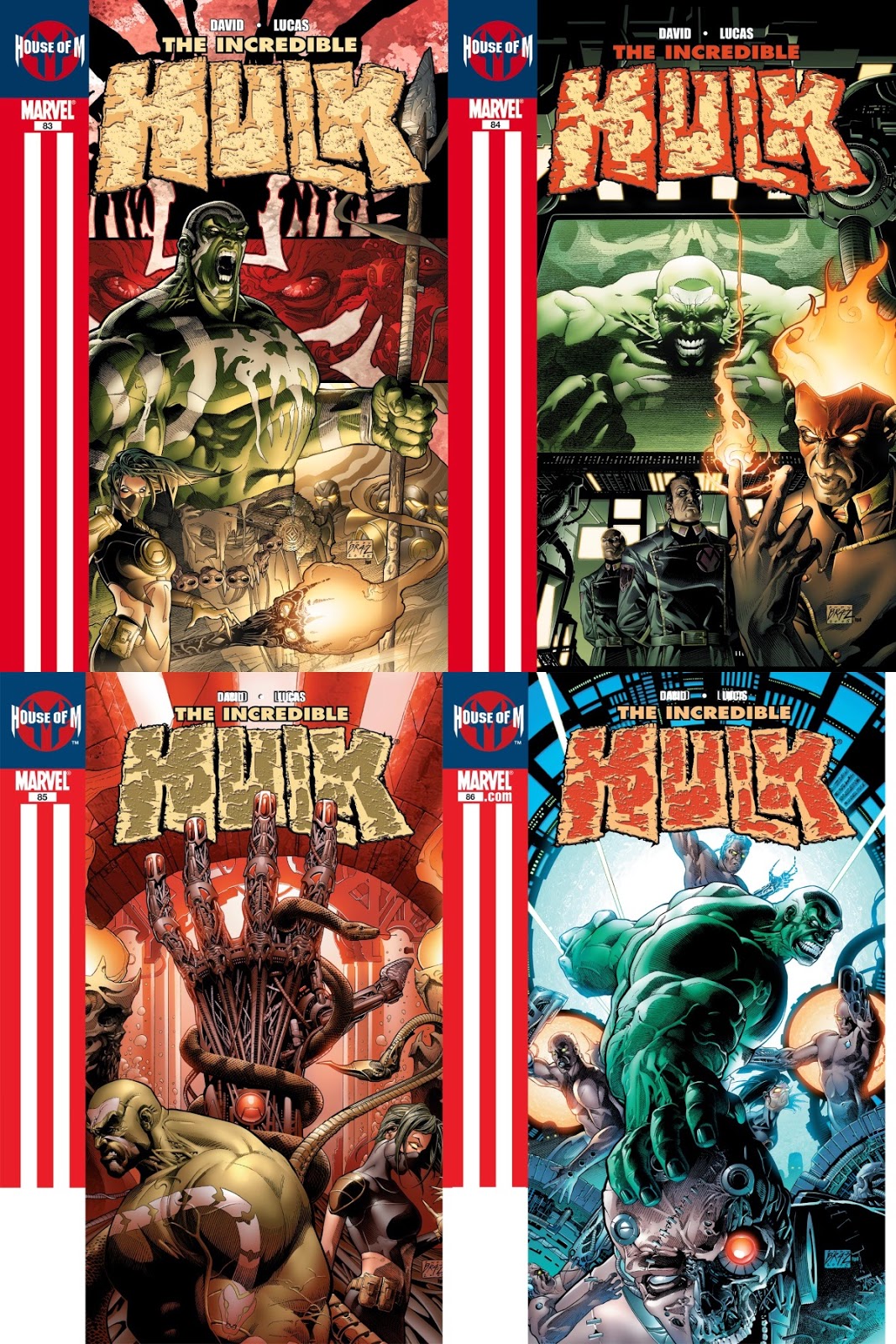 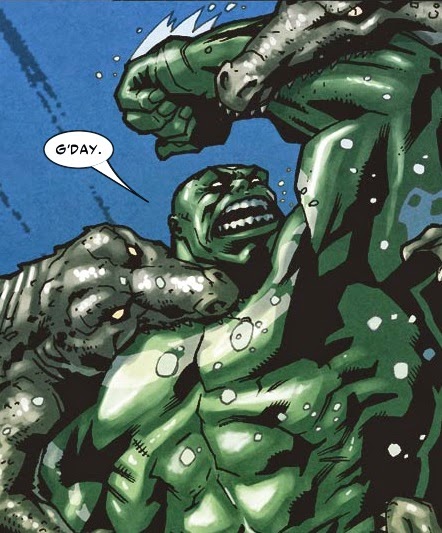 G'day mates. Remember that time the Hulk joined a group of aborigines in the Outback and found inner peace? No? Well, then I guess that's why you're reading this. Bruce gets the name of "Two Minds" and is initiated into the group right before it's attacked by insurgents from the House of M. See, even if the anti-sapien sentiment is bubbling underneath the surface in places like North America, it's downright explosive in Australia, where humans are being rounded up into "safe houses." Bruce takes his stand in the Outback, overthrows the mutant regime there and even brokers a "leave us alone" treatise with Magnus! 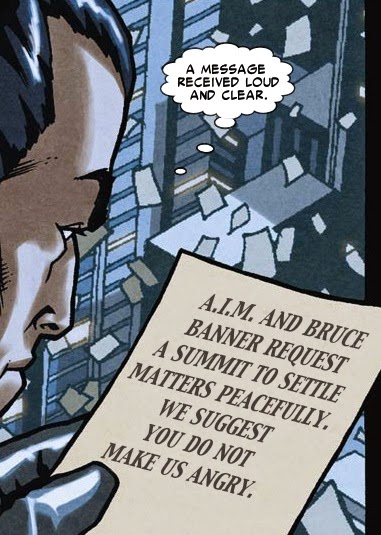 Peter David delivers a tightly-plotted four-issue story of Hulk as governor, Hulk as rebel and Hulk as smasher -- it's really impressive how much he delivers in the four issues, and it's really charming what he writes in the issues. So I'm just going to show you a bunch of cool stuff from the storyarc.

Here's an aborigine elder acknowledging that House of M is totally weird, you guys: 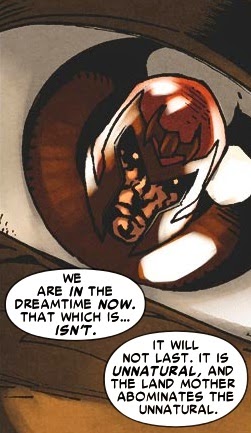 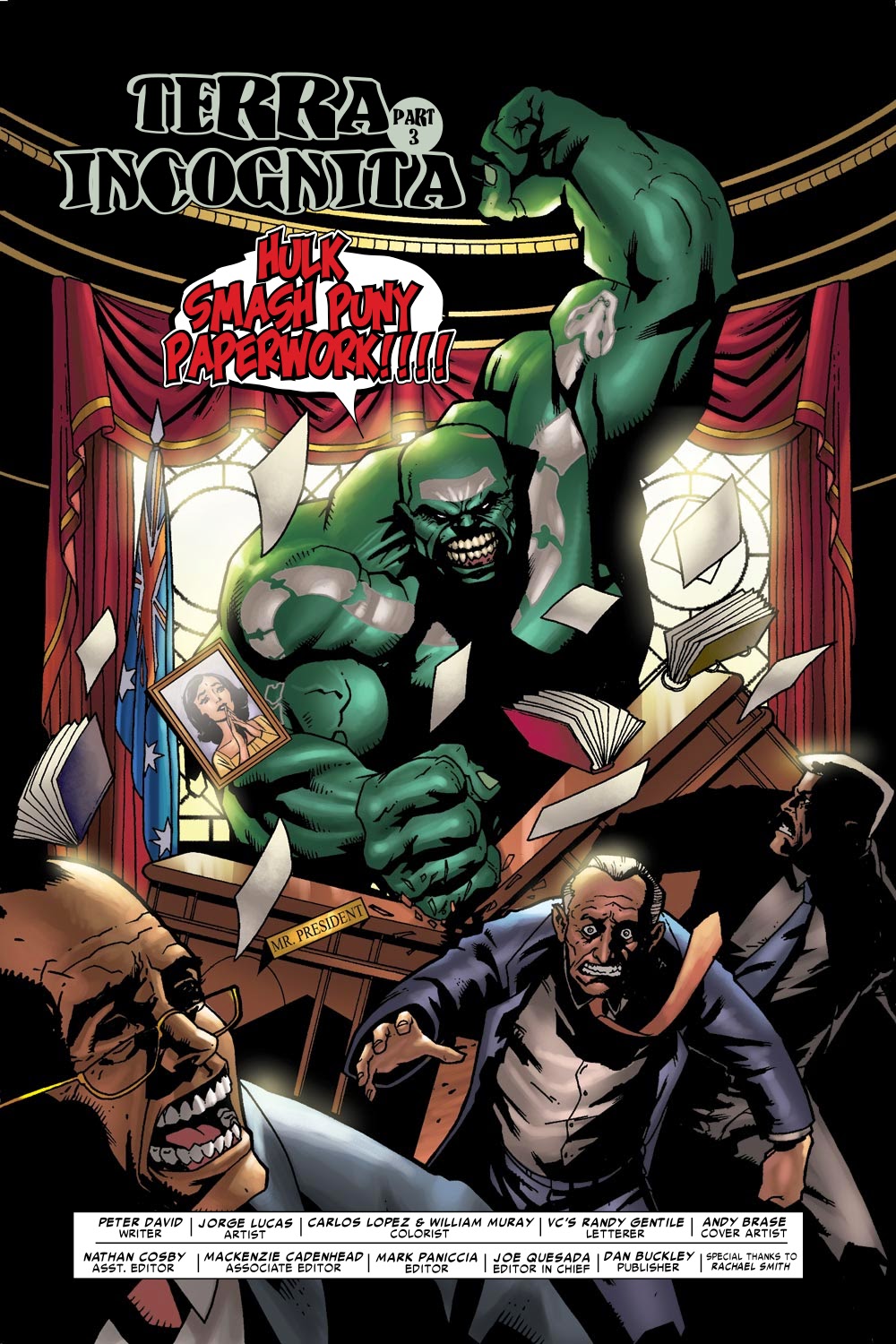 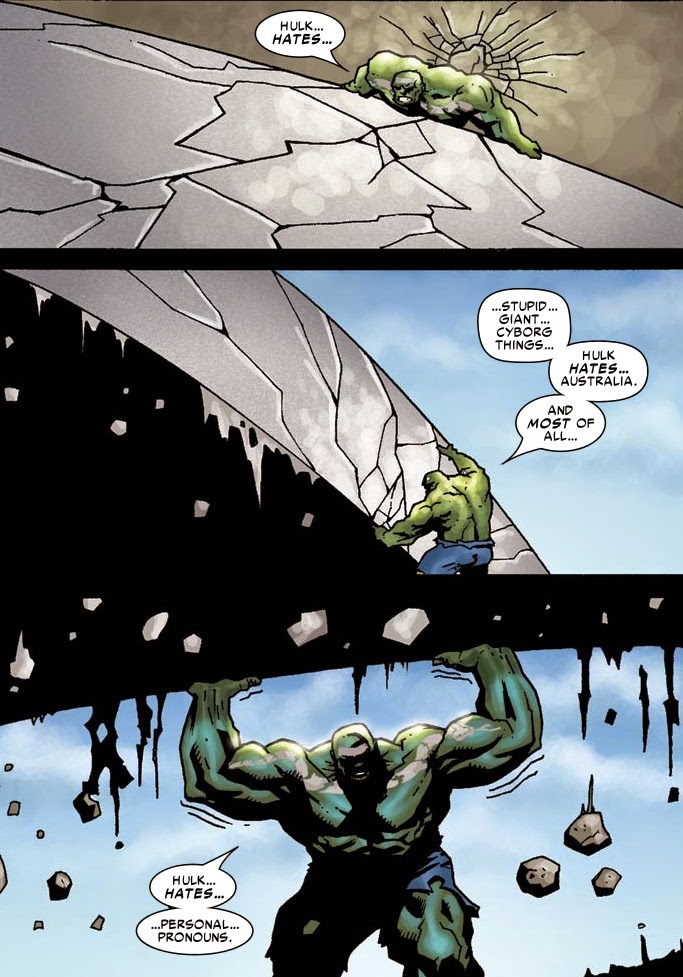 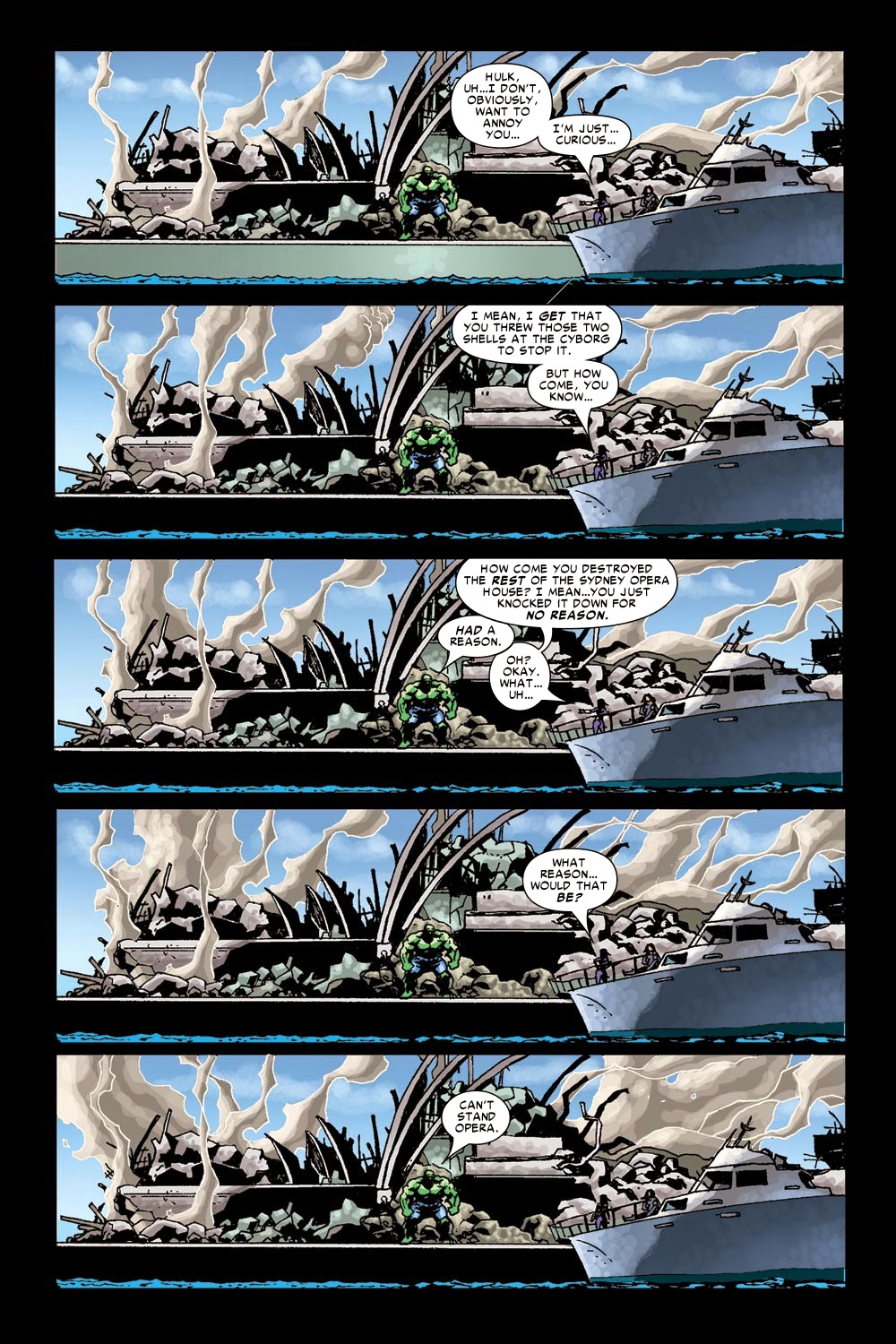 The Hulk's story in House of M is worth reading, but you'll have to keep up with the plot to fully enjoy it. Recommended for comic book fans with patience.

If you too would like to read through the House of M series, there are a few series that you can skip, and some one-offs that are surprisingly good. The series you can skip include: Excalibur, Mutopia, Giant-Size Ms. Marvel 01 and Wolverine. Some surprisingly good one-shots include: Black Panther #7 and Captain America #10. Stay tuned for the next part: Black Panther #7.