This one's a straight narrative about the escalation of anti-semitism in Germany, starting with things like the Nuremberg laws and ending with a revolt at the concentration camp in Auschwitz-Birkenau. It follows the life of one Max Eisenhardt, a German Jew before he adopted the name of Erik Magnus Lensherr, before Magneto. The transition to the concentration camps are meticulous and believable, and Pak researched the hell out of everything in the five issues. There are numerous citations at the end of it, along with supplementary material and a teacher's guide.

Magneto Testament is a respectful, no-nonsense take on the Holocaust and Marvel's one mutant who survived it.

Collecting the last third of Grant Morrison's famed run on Animal Man, I had no trouble skipping straight to this one without reading the first two. The first two issues contain the infamous "I see you!" page where Buddy Baker (A-Man) learns that he's a character in a comic book. It's an exciting moment, but the story doesn't end there. Somebody's had his family murdered, so the next two issues involve Buddy's climb up the ladder for revenge. 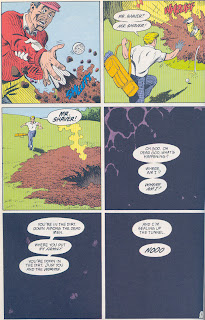 But no it doesn't even stop there! Unsatisfied with the revenge that he wrought, Buddy seeks the help of Booster Gold to travel back in time to save his family! It doesn't work (of course), and he returns to his own time to find Psycho-Pirate -- the one man who remembers the Earths before the Crisis, and brings back a myriad of the people who were lost in the crisis! And one of them was Overman, hellbent on nuking the entire world. 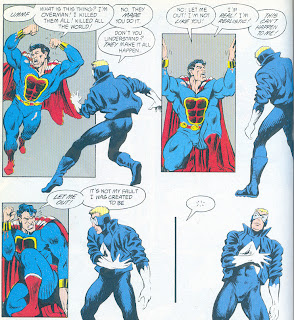 Buddy Baker stops him and oh man you best believe it's not over yet. The final two issues are Grant Morrison meeting up with Buddy Baker, and Buddy demands to know why Grant's been making his life hell. Morrison brings up his cat, Jarmara, who died. He doesn't get to have Jarmara back, but anything can happen to Buddy, simply because his writer writes it so. So Morrison writes his family back to life, reuniting Buddy with his wife and kids. This neatly dovetails to Lemire's current work on Animal Man! 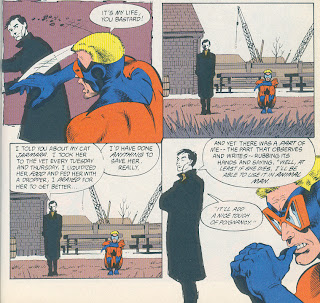 Deus Ex Machina is an exciting, challenging comic book that gripped me from start to finish. Next time you see it, give it a try.