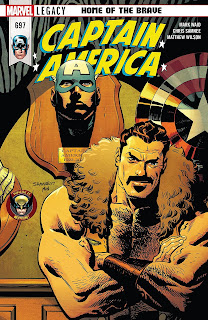 People talk about decompression in comics -- the act of stretching out a single storyline across multiple issues, but Captain America is doing the opposite: I guess the term would be. . .compression. Each issue since Waid/Samnee have taken over contains a stand-alone story, umbrella'd by the larger story of Captain America visiting an America that moved on without him. In today's issue, Captain America gets kidnapped by Kraven, the Hunter, and has to compete in a game against him. . . the prize: Captain America's life!

There's a nice twist near the end of the story with an unexpected cliffhanger. A very classic cape comic elevated by the cartooning from Samnee. 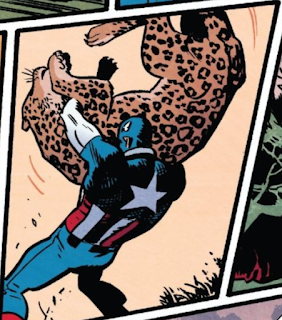 Question: There was one bit that I didn't understand. When Cap and the other captive David Cotter get caught in a mudslide, Cap looks behind him before diving to save David. Why does he look back? 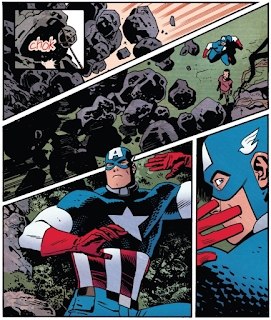 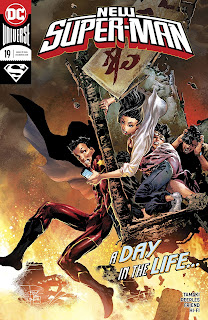 New Super-Man #19
"Day in the Life of a Shanghai Reporter," by Mariko Tamaki and Brent Peeples

Conveniently, this takes place directly after New Super-Man Volume 1: Made in China, and I just finished that trade!

This story is about a day in the life of Laney Lan, the Chinese analogue to Lois Lane. She reports for Primetime Shanghai, nails an action scene between the JLC and an interview with the New Super-Man over noodles. There's a slew of family secrets in this issue, one having to do with New Super-Man's *true* mother (gasp!), and the affair that Laney's father is having, overseas in America.

Overall a quiet issue that serves as intrigue for a larger story. 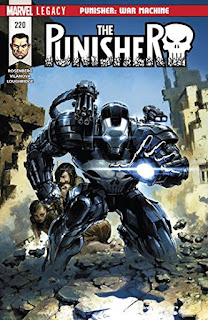 And you thought last issue had a high body count. Rosenberg and co. up the kill scenes from here, making issue 220 the action piece of the storyarc. Frank doesn't spare any second killing ne'er-do-wells who are part of General Petrov's military regime. There's a whole page of him killing the guys running four separate concentration camps. It ain't pretty.

Turns out, Petrov has his own men in War Machine Armor, resulting in a War Machine-off in the second half of the comic. The designs make it a little difficult to distinguish Frank from the rest of the War Machines, but serviceable. Frank's "banter" with the armor A.I. makes for a entertaining reading experience that'll keep me coming for the title. 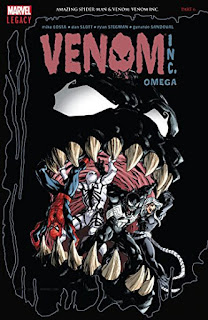 If ever there was a video-game plot, this is it. It's an over-sized issue spent on making a big bad villain bigger (literally) and badder, and only through combined teamwork and other gimmicks do our heroes overcome him. The focus is on Flash Thompson, repeatedly told that he is a hero by Spider-Man: the goal seems to be writing him into a superhero role once more, as the Anti-Venom. I just don't see why it needed a crossover with two separate one-shots, and a Stay Puft Marshmallow Venom. 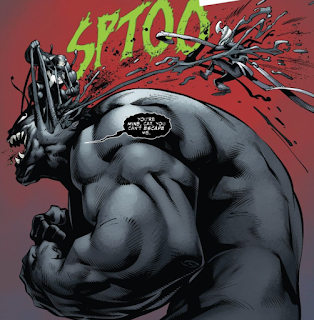