The World of Flashpoint, featuring the Flash 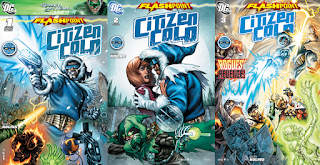 The great thing about Flash's Rogues is that they're all unique, but have the same common theme -- they're thugs who've happened to find superpowers or super-powered weapons. People who just want to get rich quick, and occasionally some of them will have their own tragic backstory. Captain Cold tends to be the leader, but in this one, he's "Citizen Cold," hero of Central City -- but also a thief and a murderer. He uses his notoriety to get paid in sponsorships and spends his evenings with a different lady each time.

Since this is an alternate timeline, there's no holds barred with the head count, which is refreshing to see. Pretty much everyone dies here, including Flashpoint Wally West, and ALMOST ALL OF THE ROGUES WE MEET.

I'm not sure what it is, but I'm guessing that there's some Geoff Johns that's rubbed off on Scott Kolins. He knows how to write Cold as the thug-who-pulled-the-long-one, and it's an amusing read to see what happens when he loses his facade. 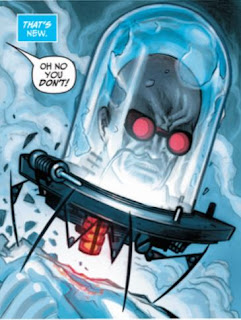 This quickie one-shot is a good overview of Gorilla Grodd. I haven't read him too much in comics, so if you haven't, he's the ultra-murder-y talking Gorilla with telepathic powers. Ah, I love comics.

In this issue he's the king of half of Africa, acquires the next half, and murders:
And others. It's so mundane to him (but horrifying to us!) that he even spares a kid, and tells him to come back after he's grown up to try to murder him. The issue ends with Gorilla flying to Europe, in the "hope" that he'll either conquer it in the midst of Emperor Aquaman and Wonder Woman's war, or die trying.

This is the world without a Flash, and for the most part without superheroes, and so Gorilla Grodd ruled without opposition. He murdered who he wanted, when he wanted, and he got exactly what he wanted -- it was far too easy and oh so boring. This issue captures a striking day-in-the-life of one of the Flash's nemeses.


Aquaman sinks half of Europe, and he's considered to be the most dangerous being on the planet.

I slaughter half of Africa, and most people don't even know my name. 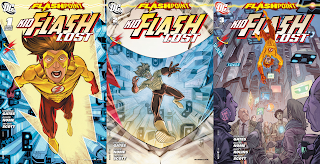 The one Flash spin-off that ISN'T one of his rogues! This one is basically a direct sequel to Flash #'s 7-12 (collected in "The Road to Flashpoint"), except it's in Bart Allen's point of view.

There's so many comic book ideas here that make this miniseries interesting. It's 3011, in the Flashpoint timeline, and Brainiac has kidnapped time anomalies like Bart in order to understand what happened to the timeline. Bart is in a simulator, just like he was in the actual 31st century, reliving a nightmare where his grandpa Barry refuses to slow down and talk to him. There's a brand new Hot Pursuit -- but didn't he die in Flash #7? And why is he a girl now?!? And how will Bart re-connect to the Speed Force?

If you've been following the Flash, this is a great, juicy story with real narration that makes you feel like you're in Bart's head. He gets his own "Crisis on Infinite Earths" moment when he re-connects to the Speed Force, and it's a metaphor for how he at last reconnects with his grandpa.

Highlight: Callbacks to Crisis as we see what Bart has to do, in order to save the timeline from the Flashpoint. 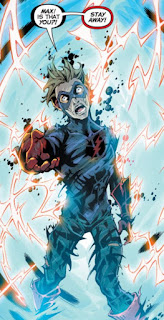 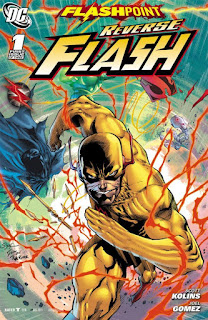 This one-shot functions as a primer for the Reverse-Flash -- how he got his powers, why he hates Barry, how he's studied Barry and how he gets his NEW powers. Not really needed to understand the story of Flashpoint, but a nice little add-on.

Highlight: Thawne getting Flash-punched in the face. I'm not hard to please. 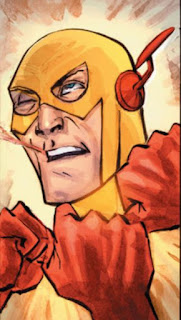