Injustice: Gods Among Us Years Two through Five 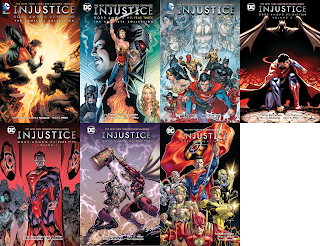 In Year One, Superman murdered the Joker! This is what happened next. Years Two through Five explain Superman's transition from murderer to dictator, in an extremely decompressed manner. Around Year Four Brian Buccellato took over the scripts, from the original creator Tom Taylor.

For me, this was a binge-read over the course of a few weeks during the winter holidays. I find that ironic, since the whole Injustice series was originally made as a weekly digital-first title, to be digested week-by-week. The constant cliffhangers made for a just-as-excellent binge-read. So instead of a write-up proper, here's some selected moments from the series. 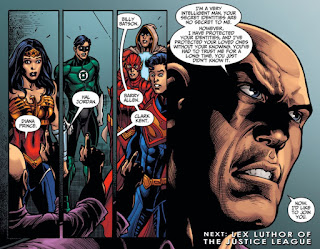 Lex wows the Justice League by revealing their "secret" identities. Elseworlds are refreshing, because in the normal DCU, you wouldn't be able to see situations like this! 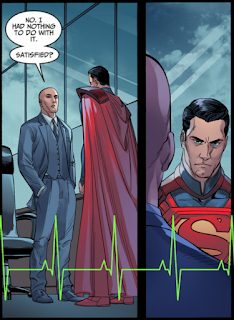 Bizarro Superman makes his debut in Year Four, a test-tube creation from Lex Luthor. When Emperor Superman questions Lex about his involvement, there's this nice usage of Lex's heartbeat that clues us in to the situation. Only in comics could you do something like this, a very cool way to convey the information. 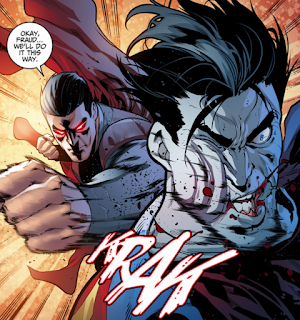 The art was varied across the whole five years, but for the most part remained consistent with DC's "house style." Bruno Redondo probably held a good amount of issues. Here is just a nice action panel of punching. 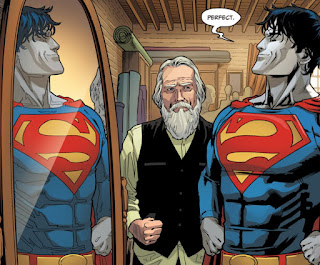 A cool way that explains why Bizarro Superman has the reverse-S logo on his chest.

Year Five: Eel O'Brian adds a touch of humor to the dour life of Emperor Superman.

Crazily enough, the story doesn't even end on Year Five. Instead, it leads to a different universe with a focus on Harley Quinn, in the Injustice: Ground Zero miniseries. Who knows when I'll be able to get to that...?