collects issues 8-12 and Annual #1 of the 2011 New 52 series
by Scott Snyder, James Tynion IV, Rafael Albuquerque, Greg Capullo, Becky Cloonan
"City of Owls" is to "Court of Owls" as Aliens is to Alien. If you haven't seen those movies, well first of all, watch them! Second of all, the original Alien was a tense thriller that focused on surviving a single unstoppable killer. The sequel Aliens, well, turns out you're going to have to face a whole bunch of them. That's the case in the follow-up trade paperback in Scott Snyder and Greg Capullo's New 52 Batman, "City of Owls." Batman uses his full wits to protect himself, Alfred and a slew of Gotham City public officials from the hordes of Talon Assassins sent by the Court of Owls. 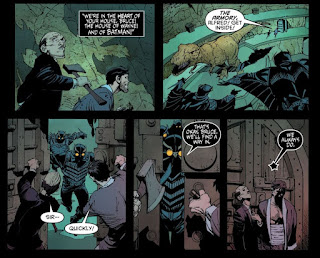 They discover the Batcave, connecting the dots to Bruce Wayne's alter-ego and allowing the Batcave some time to shine. It's great super-comics that juxtaposes the high-action world of Batman, with the corporate/political intrigue of Wayne industries. 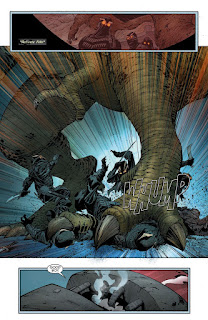 If I remember correctly, eventually they re-priced Batman from the New 52 price of $2.99, to $3.99 but with a backup story in each issue. The backup story in this case focuses on Alfred's father, Jarvis, and his own experience with the Court of Owls. It's not necessary to the story at hand, but it does give more depth to the main story, and with gorgeous pencils and colors by Rafael Albuquerque. That man is gold.
Issue 12 caps off the trade with a done-in-one that introduces a couple of new characters. Harper Row, a city sewer electrician and her little brother, both of them high schoolers. They live in the "Narrows" neighborhood, a particularly seedy section of Gotham City, and she intersects with Batman twice: once when Batman saves her and her brother from a group of bullies, and again when she discovers the network of "bat-boxes" inserted into the Gotham City electrical network, designed to sustain the electrical system...hidden amplifiers that protect the city's electrical grid. Harper is uniquely qualified to help Batman as a city electrician, and "helps" him against Tiger Shark in a short-but-sweet boat altercation in the sewers. We probably haven't seen the last of Harper. 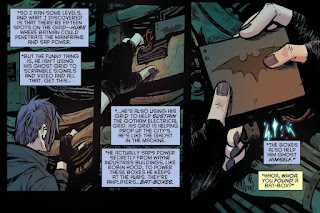 Included in this trade is the first Annual of New 52 Batman, something of a retcon of Mr. Freeze's origin. If you were like me, you thought that Nora truly was the wife of Mr. Fries and he was driven to revenge by his employer who cut off his research for not doing his job. You know, the "Heart of Ice" origin. Turns out, in the New 52-niverse, that employer was Bruce Wayne and Nora was never actually Fries' wife...she was cryogenically frozen decades ago in a then-experimental process and Mr. Fries knew her only through his scientific studies and grew a fetishistic affection towards her because of it. Not as tragic, but OK. 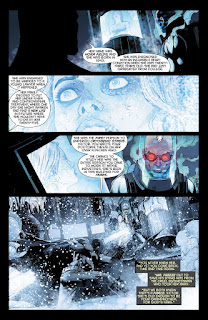 Special note: If you're going to read this I would suggest you read the "Court of Owls Saga" collection instead so you don't have to collect two separate volumes. Court of Owls directly segues into City of Owls so might as well just get them both in one swoop.
More Batman by Scott Snyder:
Volume 1: Court of Owls
Volume 2: City of Owls
Follow chezkevin on rss | twitter