Chuggin' along the New Krypton train. All aboard!

So, apparently, Robinson is in charge of taking care of the characters I don't care about. If you'll remember, the New Kryptonians are broken into two factions: Zod loyalists, and. . . uh. . . non-Zod loyalists? Regardless, the Zod loyalists, under the consent of the New Kryptonian govt., grabs all of Superman's foes, and places them in the Phantom Zone. Along the way, they end up brutally murdering some Metropolis Science Police Officers. 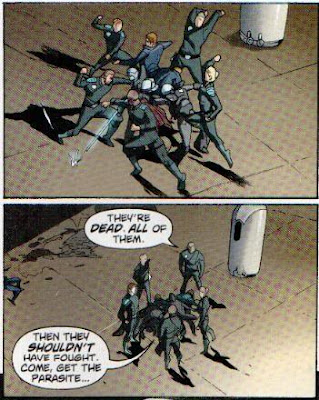 That said, the cliffhanger is this: the villains in the Phantom Zone end up besieging some guy I don't know -- "Mon-El," who's apparently Superman's older brother? 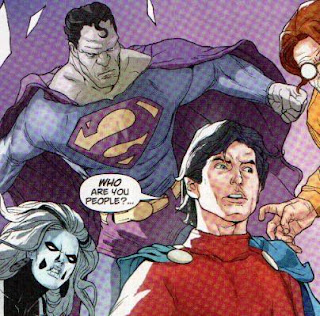 That's funny Mon. I was wondering the same thing about EVERYONE IN THIS COMIC BOOK.

Aside from the brutal murder of the Science Police (which is PRETTY BIG), this part is mostly set-up for New Krypton. I find it frustrating how all these side characters are taking up pages. You shouldn't have to have read a few dozen comics to enjoy the cameos that everyone plays.

Superman confronts Zor (the leader of the New Kryptonians -- and Supergirl's father!) about the murdered policemen. Then the city of Kandor is invaded by Brainiac sentries, while the "Agent of Liberty" gathers magic-type superheroes, to deal with the New Kryptonians. 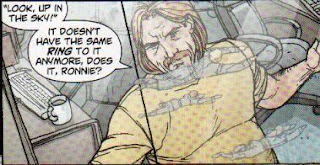 More People I Don't Know But Am Supposed To, are the "Creature Commandos," who are a monster-themed squad from WWII. Frankenstein, Dracula, Medusa, you name it. There are 7 of them, and this is a nice concept and all, but. . . it doesn't go anywhere. Why introduce all these characters, when the story isn't about them? I wanna see some internal conflict -- like Superman having to deal with his identity, as Earthling or Kryptonian. 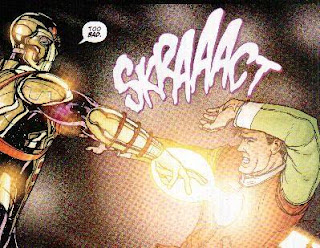 All the cliffhangers seem to have nothing whatsoever to do with each other. Part 4 ended with the new "Nightwing/Flamebird" duo. We've seen them in one panel since. Part 5 ended with the new "Superwoman." We haven't seen her at all yet. Part 6 ends with Mon-El getting besieged in the Phantom Zone. Part 7. . . okay, that one's organic. Part 8 actually follows up on part 7.


PROGRESS REPORT? So far, the story has consisted of introducing new characters and killing people off. Where's the characterization? Where's the emotional conflict? Where's the beef?